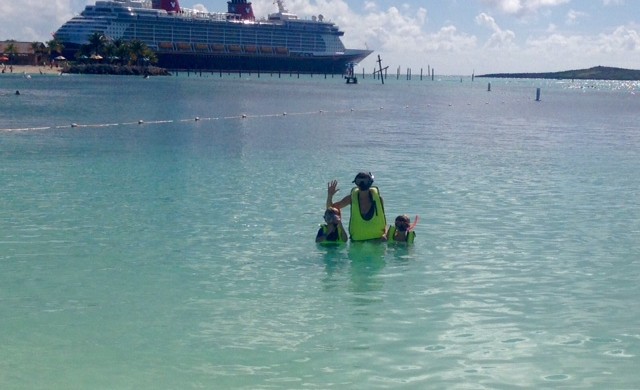 When I found out that runDisney had added a cruise to their lineup of races, I was crossing my fingers and toes that I would have the opportunity to go. I was lucky enough to sail the Disney Wonder the Monday after Marathon weekend for 4 nights with my boys and my mom. The cruise went to Nassau, Bahamas and to Castaway Cay, Disney’s private island. RunDisney put on a 5K on the island and whoever did a race on marathon weekend and then went on that particular cruise immediately after the marathon was able to earn a special medal called the Castaway Cay Challenge medal. This was all part of the 11 medals I earned in 7 races in 11 days mid-January of 2015.

I had only been on one 3-day Bahamas cruise a few years prior to this one, and I had never been on a Disney cruise. What a treat! They do it RIGHT! The main challenge for me, believe it or not was not gaining weight and eating too much! I am human, after all, and I can be tempted with buffet style meals, always-open ice cream machine, and 4 course dinners!

I made sure that even though I had run the Dopey Challenge the weekend prior to the cruise that I still got to the gym and did something a few times on the cruise, and of course I ran the 5K race as well. I was really active with my boys, swimming and snorkeling and NEVER taking the elevator on the ship. Those stairs are no joke! It’s shocking how much movement you can get walking from place to place and deck to deck on that a boat!

My philosophy was to enjoy the vacation, eat a little bit more than I normally do in my day-to-day life and cut back a little bit when I returned home. The food was outstanding and worth the caloric expense. That’s how I weigh everything I eat–is it worth it? Sometimes it’s not even just the taste but the atmosphere or mood that I’m in that plays into the decision of what I will indulge in that particular day.

All in all, I highly recommend a Disney cruise. My kids and mom had a blast–there really is something to do for everyone. The food is plentiful but opportunities to move and burn it off are there for the taking if you look for them! 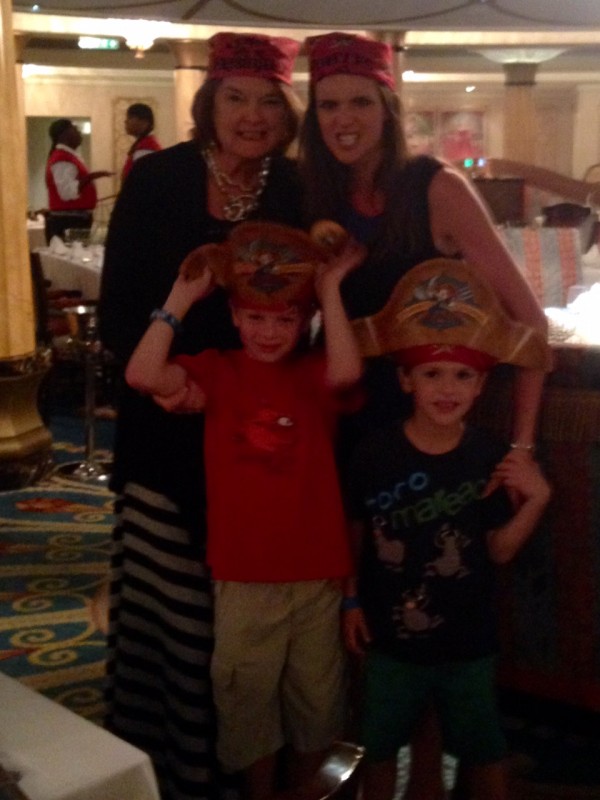 The race on Castaway Cay was super cool. There’s something about running on a private island in a small race with Goofy cheering you on that’s definitely magical!

MS, RDN, CSSD, LD/N
Tara is a nationally recognized expert and spokesperson on nutrition, fitness, and health promotion and is quoted in a variety of media including television, radio, newspapers, magazines, and websites.